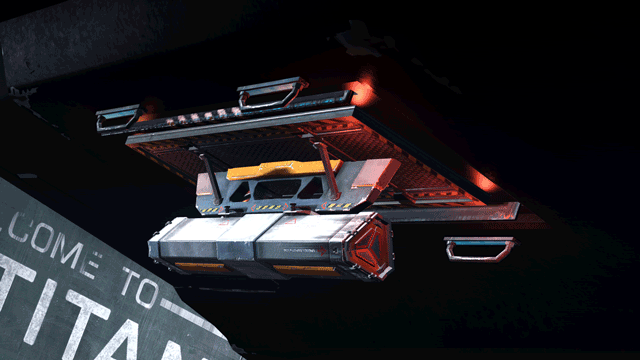 A Torpedo Pylon is a hardpoint module that launches torpedoes. Torpedoes have heat-seeking capabilities and inflict significant explosive damage, but are bulky, expensive, and slow enough that wary pilots can outrun them.

Larger classes of the Torpedo Pylon are capable of carrying greater numbers of torpedoes in reserve, but still only fire one torpedo at a time.

While often limited to landing only one or two possible hits depending on the target’s awareness, a torpedo is a devastating weapon, especially against small or unshielded ships. Mounted to a decent combat ship, these can also be used to blast apart subsystems on the hull of any particularly large craft such as the Anaconda, without having to make multiple passes or expose the craft to danger for as long.

Torpedoes are the slowest moving munitions available: at 250 m/s, they can be outrun by most ships if launched carelessly. In addition, the target lock takes much longer to initialize than seeker missiles. Fortunately, torpedoes have no maximum range, and they will continue to track the target until shot down. Damage is explosive, which ignores Armour Hardness and inflicts a fair amount of shield damage, although shields still have base damage resistance against them. Hull generally has a large negative damage resistance to explosive weapons, and inflict more damage than the damage value shows. The chance of a hull breach on a hit with a torpedo is 100%.

The following special effects can also be applied:

Torpedoes can be modified with Reverberating Cascade Experimental Effect from certain Engineers, which allows a torpedo to overload and directly damage the Shield Generator of an enemy ship, even if the shields are online and active. One or two of these special torpedoes are usually enough to take down even very strong shields, making them particularly useful against Shield Cell Bank users, as those are rendered useless once the Shield Generator is disabled.