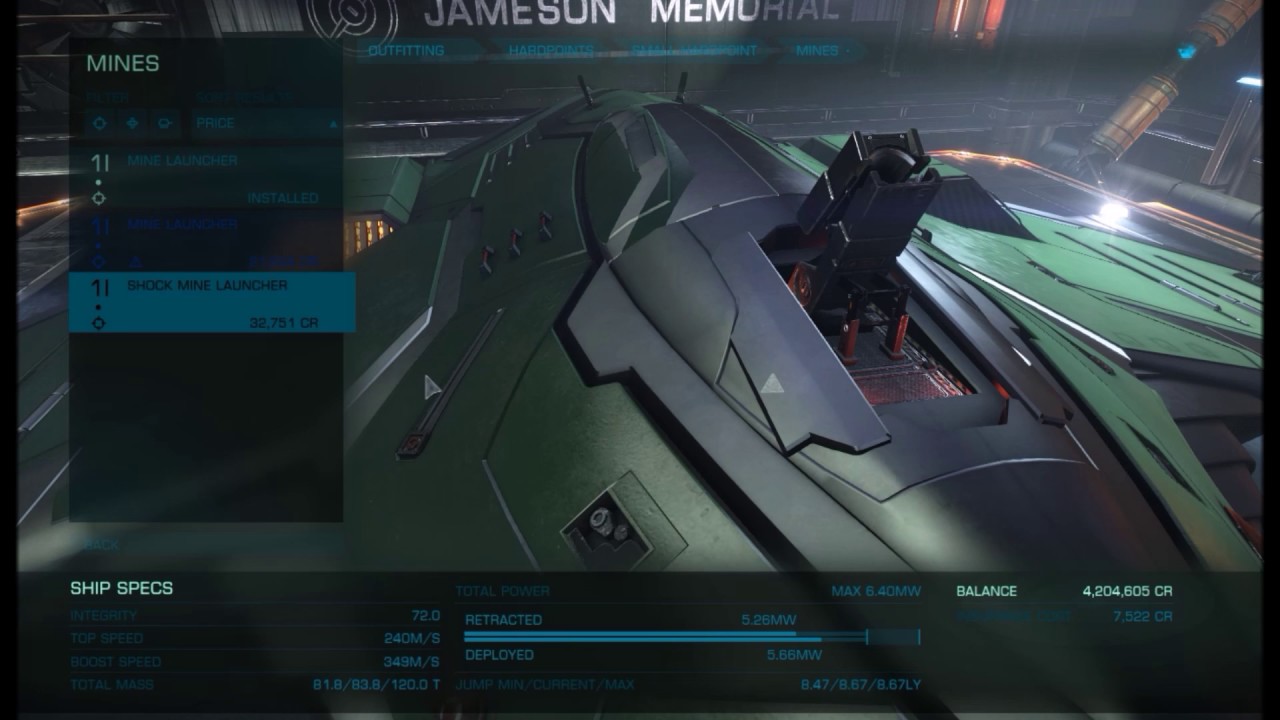 There’s little to say about the Shock Mine Launcher that hasn’t already been said about the Mine Launcher. The concussive force is the obvious difference, having more of an effect on smaller ships than larger/heavier targets.

This effect is similar to, but more powerful than, the Force Shell experimental effect on Cannons. If a cluster of shock mines is deployed in one spot it will have more impact when a ship flies through it.

In earlier versions of Elite Dangerous, shock mines did not cause damage. As of 3.2, they cause 80% of the damage of ordinary mines.

Shock mines can be used as an escape tool to delay pursuers or as a method to push enemy ships into asteroids within heavy asteroid fields.

Currently a shock mine launcher is available in class 1 only, and apart from the mines is identical to the class 1 mine launcher.

The following experimental effects can be applied to this module:

Mines do not move of their own power after being deployed. Although the classical use for mines is to drop them in front of pursuers, it is of course possible to use them in a dogfight more offensively by tempting an overconfident opponent onto them. Cleverly used, they can be highly effective. Poorly deployed, then they will do nothing. They do not detonate in the proximity of non-hostile ships, but can still damage non-hostiles (and the pilot’s own ship) within their blast radius, so care is advised in crowded battle zones.

An active Point Defence Turret will automatically target and attempt to destroy any mines within range. They can also be targeted and shot at by ordinary hardpoint weapons, but their small size may make them rather difficult to hit.

Mines can be modified, and particularly noteworthy is the Reverberating Cascade experimental effect. Used with skill, a few mines can destroy any ship’s shield generator and render the most impenetrable shields useless in a moment – always a nasty shock for a pilot whose A-rated, highly modified Federal Corvette has just been crippled and left defenceless by an Adder.