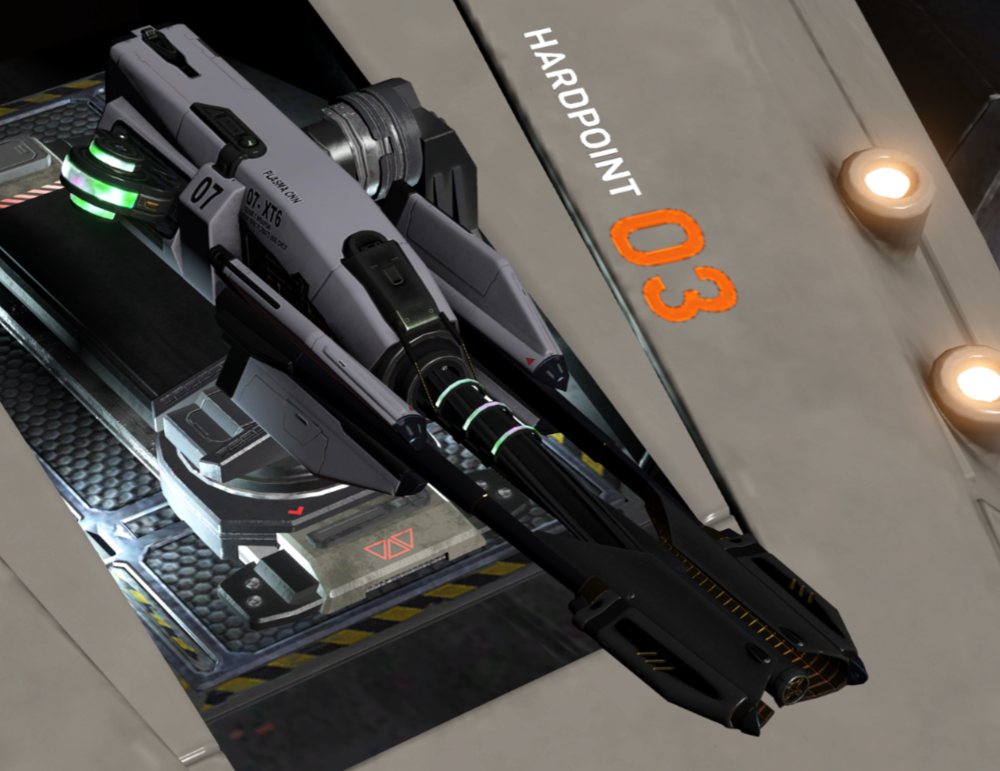 The Shock Cannon is an experimental weapon that can be unlocked through a Technology Broker.

In terms of statistics and performance, Shock Cannons sit somewhere between Cannons and Multi-cannons, though they have the highest potential DPS of the three. Their primary drawback is very high heat generation when fired rapidly, which limits how fast they can effectively be fired compared to their actual maximum rate of fire.

As with other Experimental Weapons, the Shock Cannon’s Turreted variants only operate as Turrets when under the control of a player Gunner in Multicrew; without a Gunner, they operate as a Fixed weapon instead.

Different modes and classes of the Shock Cannon can be permanently unlocked for purchase by providing the following Materials to a Human Technology Broker: