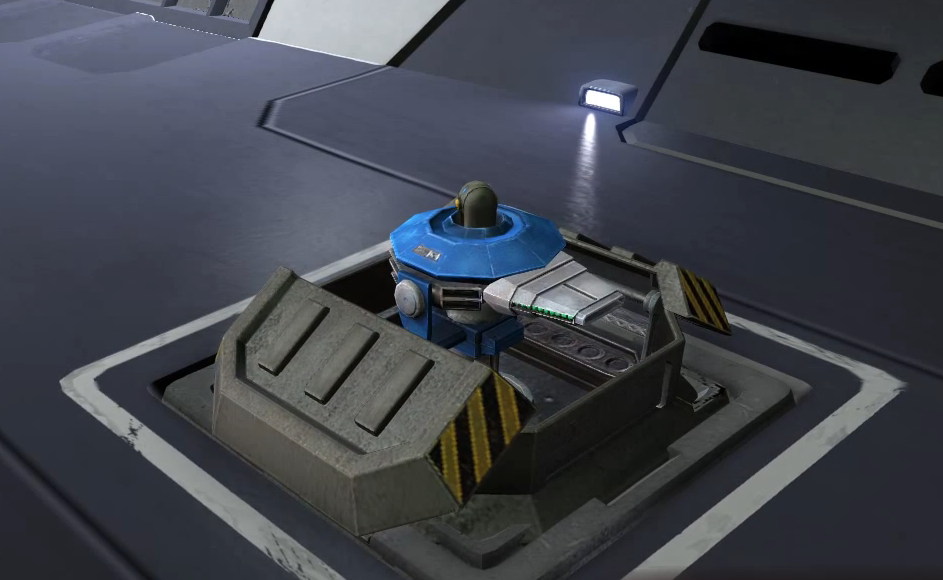 The Point Defence Turret is defensive weapon equipment that can be mounted on the “utility mount”. Once mounted, the Point Defence Turret will automatically shoot projectiles at missiles, torpedoes and mines in three round bursts for as long as it has power and ammunition. It also shoots any incoming Hatch Breaker Drones.

Munitions must be replenished at any starport with a “re-arm” service.

The following modifications can be applied to this module by Engineers to enhance its abilities:

PD is often quoted as useful for Guardian sites. Note placement where you can; while it doesn’t matter where you place Shield Boosters, you want PD to sit in Utility Slots which cover a fair range of vision.

The Point Defense Turret will shoot at all missiles and mines, including ones fired by friendly ships at enemies. It can also shoot down Guardian Sentinel energy missiles.

Works after landing on planet surfaces to protect the player from missiles fired by turrets and skimmers even when the player is outside the ship driving the SRV.

The Point Defence Turret requires both time and a clear line of sight to shoot down incoming targets. Missiles and Torpedoes fired at close range, at angles with limited or no line of sight, and in large enough quantities have a decent chance of not being shot down