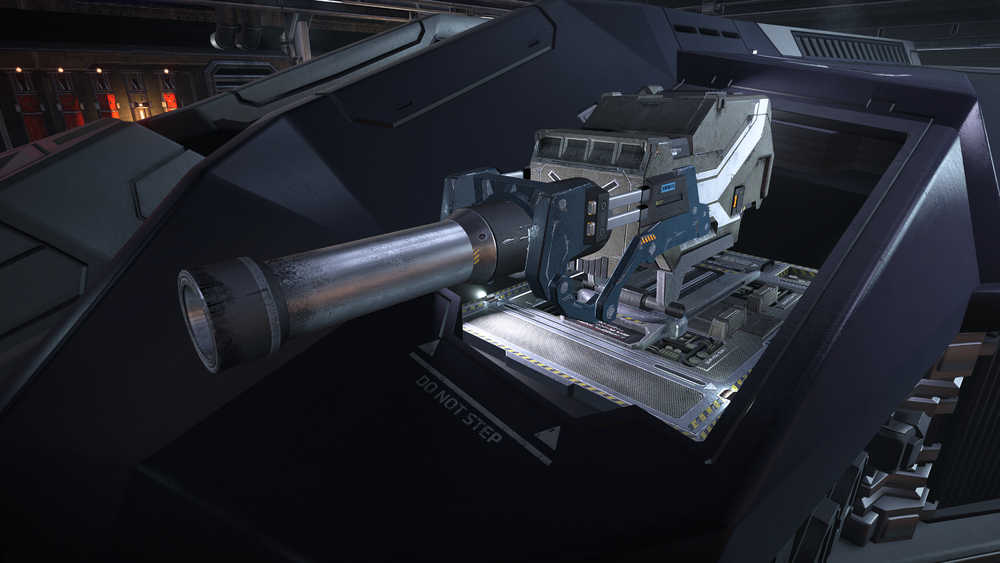 The Cannon is a projectile based weapon that fires large calibre rounds very similar to current day howitzers, dealing kinetic damage and can inflict significant damage to targeted modules and the modules around it.

Cannons can deliver a significant amount of damage in a single hit. Unlike Multi-Cannons that fire continuously when triggered, a Cannon fires intermittently in an on/off fashion. It does however have similar DPS, although it fires with a correspondingly lower rate of fire.

With a smaller clip size and longer reload time than MCs, Cannons are available as fixed, gimballed and turreted types.

Turreted and gimballed cannons have the lowest projectile speed, with fixed a little faster. Given their slower projectile speed its recommended not to mix cannons and multi-cannons as the shots would need to be led in different ways. Better against slower, heavier-armoured enemies.

After an initial G1 modification the following experimental effects can be applied:

Most pilots will find they achieve better overall DPS with Multi-Cannons. For pilots of average skills, even against big targets MCs will usually exhibit better usability. The exception to this is when targeting sub-systems; on a bigger, slower moving target, a cannon will have better penetration and transfer more damage to the targeted subsystem. For protracted battles (CZ, bounty hunting) against smaller ships MCs are the obvious choice. With all projectile weapons its wise to have a few on ammunition requirements and synthing/re-stocking will always be a concern. Regardless of this most pilots will choose Overcharged over High capacity, especially with the lower reload speed of the latter.