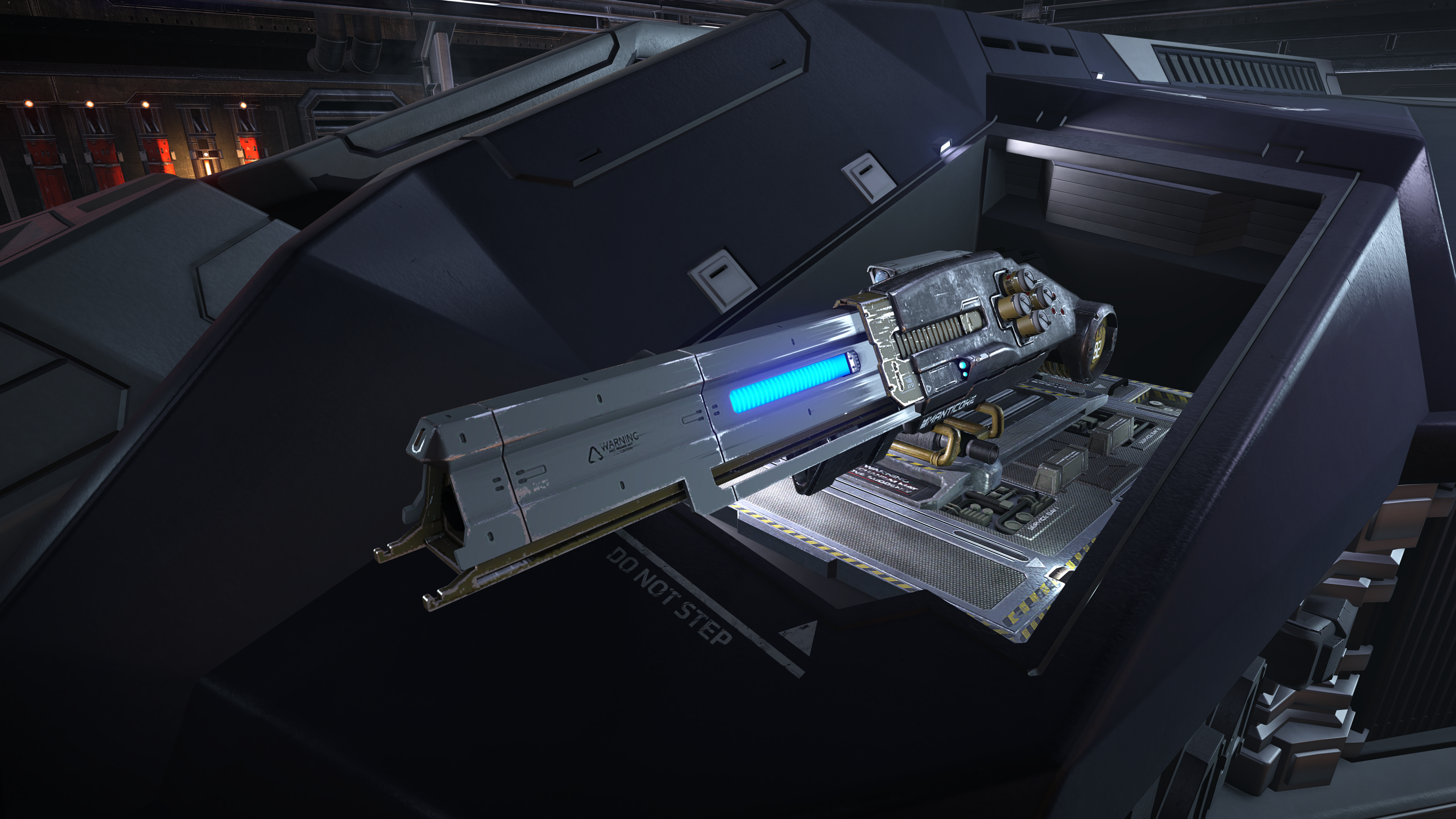 The Advanced Plasma Accelerator is a Plasma Accelerator capable of a greater rate of fire at the cost of dealing less damage per shot. This weapon type is a Power-specific reward for Denton Patreus supporters. It is available for Class 3 hardpoints only.

Like the Plasma Accelerator, the APA projects relatively slow moving plasma projectiles from a fixed mount and can be challenging to hit with, but is compensated for by relatively high damage that ignores Armour Hardness and is highly effective against shields and hull alike – even if protected by specialist Bulkheads. The Advanced Plasma Accelerator’s increased fire rate may make it easier to hit with each shot, and pilots who can keep every shot on target will be rewarded by more overall DPS than its Plasma Accelerator equivalent.

While this sounds great on paper, as ever with PP weapons one has to be a fairly good shot as a combat pilot to take advantage of the weapon. Despite this its among the best PP upgrades out there.

Of course in the interest of balance there is always a downside and for the APA it’s cost/running cost – it is a very expensive (4.5m) weapon which quickly goes through expensive ammunition, so pilots hoping to get access to it should ensure they have sufficient credits to purchase it before reaching the required rank in Powerplay.